Re: Is trustworthiness just an IIC effort?

No, trustworthiness around cyberspace IT systems was originally introduced by the "Committee on Information Systems Trustworthiness" in 1999, resulting in the book "Trust in Cyberspace", see free download at https://www.nap.edu/initiative/committee-on-information-systems-trustworthiness. in 2016, NIST had an two-day event, titled "Exploring the Dimensions of Trustworthiness: Challenges and Opportunities", see summary and recorded sessions at https://www.nist.gov/news-events/events/2016/08/exploring-dimensions-trustworthiness-challenges-and-opportunities, including a keynote by Vint Cerf (https://en.wikipedia.org/wiki/Vint_Cerf). 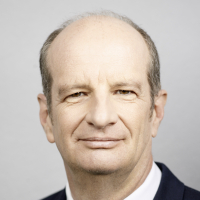 A new US study analyzed the impact of public interventions during the 1918 flu: https://papers.ssrn.com/sol3/Papers.cfm?abstract_id=3561560. It shows that the 1918 flu pandemic brought a recession but after that cities which had early non-pharmaceutical interventions (NPI as lock-down, closing schools etc.) had a faster economic growing after the recession than cities which waited longer, resulting in higher death rates. Summary: "Our findings thus indicate that NPIs not only lower mortality; they may also mitigate the adverse economic consequences of a pandemic.". See also the comment https://www.weforum.org/agenda/2020/04/pandemic-economy-lessons-1918-flu/ of the World Economic Forum about this study.

I believe that we will have a similar re-bounce in the next 12 to 18 months but that we also will also have a transformation in the type of business: Internet-orientated technology in general will grow more while traditional non-internet-orientated technology will re-bounce less. For example we will have more online sales meetings and less physical sales meetings with a negative impact to the transportation and hospitality industry, including face-to-face conferences and exhibitions. In a similar way, IIoT-based technology to reduce at-site maintenance and control will grow faster than traditional industrial technology. I believe that also more companies and organization will prepare for the next pandemic, preventing a similar shock experience they have now with COVID-19.

How will the Coronavirus pandemic impact the Digital Transformation in Industry?

Please share your thoughts about how the current pandemic will compel organizations to innovate and digitally transform their business and operations.

PS: Here is another discussion on this forum about how Edge devices can shape future work environment in the post pandemic era... https://community.iiconsortium.org/discussion/81/how-edge-devices-can-shape-future-work-environment-in-the-post-pandemic-era#latest 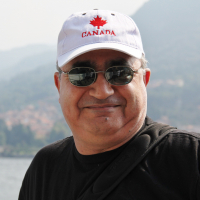 COVID-19 will likely forces the largest disruption in business since second world war: It is not the slow transition due microelectronics as we had in the last 40 years, it will be a quick shock and government wherever in the world can only help a limited time. Similar as COVID-19 affects people, companies and industries which were already weak before will now quickly disappear to be replaced by companies and industries which are newer or more flexible in adaptation. Overall this is a good thing, because innovation will lead this adaption. One winner is already clearly visible: The Internet. I wonder sometimes how our ancestors worked and communicated during Spanish Flu which took likely much longer than COVID-19 and was much higher mortal. And finally with higher future productivity and more agile businesses and industries we will in some years also a better world. Which is then hopefully better prepared for the next virus.

BTW: I read an interview with a assistant general manager of the local Seattle Metro bus system (https://www.seattletimes.com/seattle-news/transportation/more-than-500m-headed-to-puget-sound-transit-agencies-in-federal-coronavirus-aid/) saying “We anticipate the recovery period will not just be a one-year event, but will take a few years.”; the article mentioned: "It’s not yet clear, for example, whether ridership will ever fully rebound or if telecommuting will take hold for some companies." Likely, many people and employers will see how efficient homework can be, so even after COVID-19 is completely gone, much more telecommuting will stay - and less used cars, Uber/Lyft and public transportation.

Agree and we will see:

Yes, it's still on the discussion level and it would be voluntary. So participants would need to opt-in. The other discussion is the usage of smartphone app utilizing bluetooth to log other devices in the vicinity. There is a big discussion if it would really work and if it would help to trace back potentíal infections.

Any organization involved in a supply chain, or demand aggregation (e.g. coordinating the delivery of supplies to house-bound individuals in neighborhoods) or to manage supply-side capacity (e.g. making home-delivery slots available to the elderly or to critical care workers) is realizing the value of data. It is also important to make data machine readable and easy to discover (e.g. metadata and quality descriptors).

There's also an appreciation of the value of sharing with partner organizations to improve decision making. How can this be done with appropriate policy controls?

The pandemic is also demonstrating that digital transformation can happen quickly, within and across organizational boundaries. 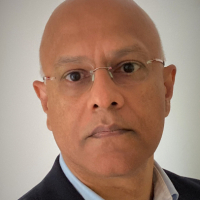 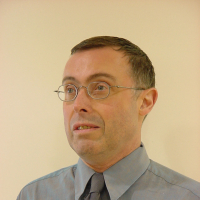 The basic difference is that a "transport" lets you exchange blocks of opaque data, while a "framework" exchanges data structures of known content. These sound similar, but they actually are profoundly different.

A transport can send data back and forth, but all interpretation is up to the application. This is called "technical interoperability". A great analogy: two people are technically interoperable if they can speak and listen but perhaps not the same language. That lets you communicate, but translating the information is up to the people.

A connectivity framework exchanges data structures, so it knows about types and field names, aka "syntactic" interoperability. This is like two people who speak the same language, or maybe with an interpreter who translates between them. A connectivity framework allows applications to communicate, even if they are written in different languages, talk over different networks, run on different CPUs, or use different operating systems.

Syntactic interoperability is the key level analyzed by the IICF because it's needed to build complex industrial systems. A framework that understands data structures can provide configurable quality-of services (QoS) that enable control over data delivery rates, reliability, durability, filtering, persistence, and data liveliness. Frameworks that understand the data can implement generic tools that use the data, interact with databases and other data-aware functions, and control program interfaces. Together, these functions enable a “data model” for the system, allowing diverse components to work together. Sophisticated implementations can even match some differences in data model, thus allowing a large distributed system to grow incrementally from parts that are not all developed or deployed together. Syntactic interoperability is the critical functionality for large software systems.

Stated more simply, connectivity frameworks are called "frameworks" because they provide an architecture. While transports can send data, frameworks provide a structure that defines how and when applications interact. Choosing a framework is often the first and most important step in building an intelligent distributed application. 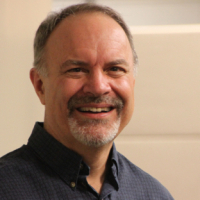 What are the top DX outcomes in the automotive industry… pay per use, pay as you drive, etc.?